Death Knights are incredibly strong at leveling in Wrath of the Lich King due to their self sustainability and very high damage output, as well as being able to maintain a very high speed of slaying large packs of monsters. Being able to Death Strike as a way to self heal and wearing Plate armor, Death Knights have very minimal downtime during the leveling process. Combined with the two Unholy talents On a Pale Horse and Improved Unholy Presence, Death Knights move throughout the world while mounted as well as on foot much faster than other classes. 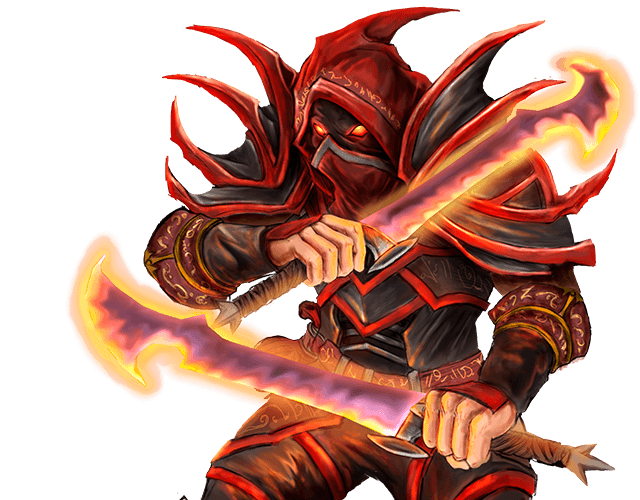 Read more about this class

The Combat specialization is what we recommend for leveling in Wrath of the Lich King. Out of all 3 Rogue specializations, Combat is very well-balanced, having strong offensive abilities such as Blade Flurry to take down multiple enemies at once, along with Adrenaline Rush and the new talent Killing Spree. Used alongside other abilities such as Riposte to disarm your enemies, this makes Combat a fantastic leveling specialization.

It is recommended you use a very slow main-hand weapon for large hits with attacks such as Riposte and Sinister Strike and a fast off-hand for Instant Poison procs. Having a fast off-hand weapon is also required once Combat Potency has been talented as it has a chance to restore energy on successful off-hand attacks. Hack and Slash is recommended which gives benefits when only using Swords or Axes, so keep this in mind while leveling and upgrading your weapons.

Sinister strike > Slice and Dice > Eviscerate or Kidney Shot.
Make sure you’re always maintaining Slice and Dice as a large majority of your damage will come from your auto-attacks and Poisons. When battling elites you can use Rupture instead of Eviscerate. Rupture is generally more damage than Eviscerate assuming it lasts its full duration.

When engaging multiple enemies at the same time you will include Blade Flurry.
It’s recommended to use Blade Flurry when taking on between 2 and 4 enemies at once. Remember to also use the Blade Flurry cooldown with other abilities such as Adrenaline Rush, Killing Spree and also Evasion for faster damage output as well as reducing the damage you take.

Note that some stats aren’t obtainable until higher levels, but the above are the general stats to prioritize while leveling from 1 to 80

Glyph of Sinister Strike, Glyph of Slice and Dice